“In 2017 my dad had his first stroke. A year later he was diagnosed with dementia, the week before I started my new job at an international law firm.

A few months later I became his carer. Back then I didn’t recognise myself as a carer, and I had no idea what was ahead of me because it’s something people don’t talk about. It’s like any illness – if you have a relative with cancer or a heart problem for instance, until you’re exposed to it you don’t really know the details. You learn when you’re in the situation.

I was travelling across two counties to look after Dad, whilst supporting my relatives as they came to terms with his diagnosis, working long hours at my new job and coping with having just come out of a relationship. All these things were building up until the point I was exhausted.

I was caring for Dad who lived over an hour away from my home. He was in and out of hospital and couldn’t advocate for himself, and at this point I got into a cycle of solely looking after him. All my own personal care went out the window.

I was in a completely different place which meant I couldn’t get to my usual doctor’s surgery. But the Livi app made such a difference for me because I could actually access healthcare. I used it when things were niggling me – like backaches, tonsillitis and migraines which I tend to get a lot. It was so handy I even included Livi in a blog I wrote on my top 10 apps.

The crunch point came when, one evening, I was driving Dad home from a hospital stay and I had to stop the car because I thought I was having a heart attack. It kept happening about once a week and increased until breaking point. I witnessed a car accident and although the person was absolutely fine, I couldn’t stop crying! I thought, ‘what’s wrong with me? I’m a mess.’ Then the doctor told me I was having panic attacks because of my situation. I had talking therapy, was signed off work and put on some medication. 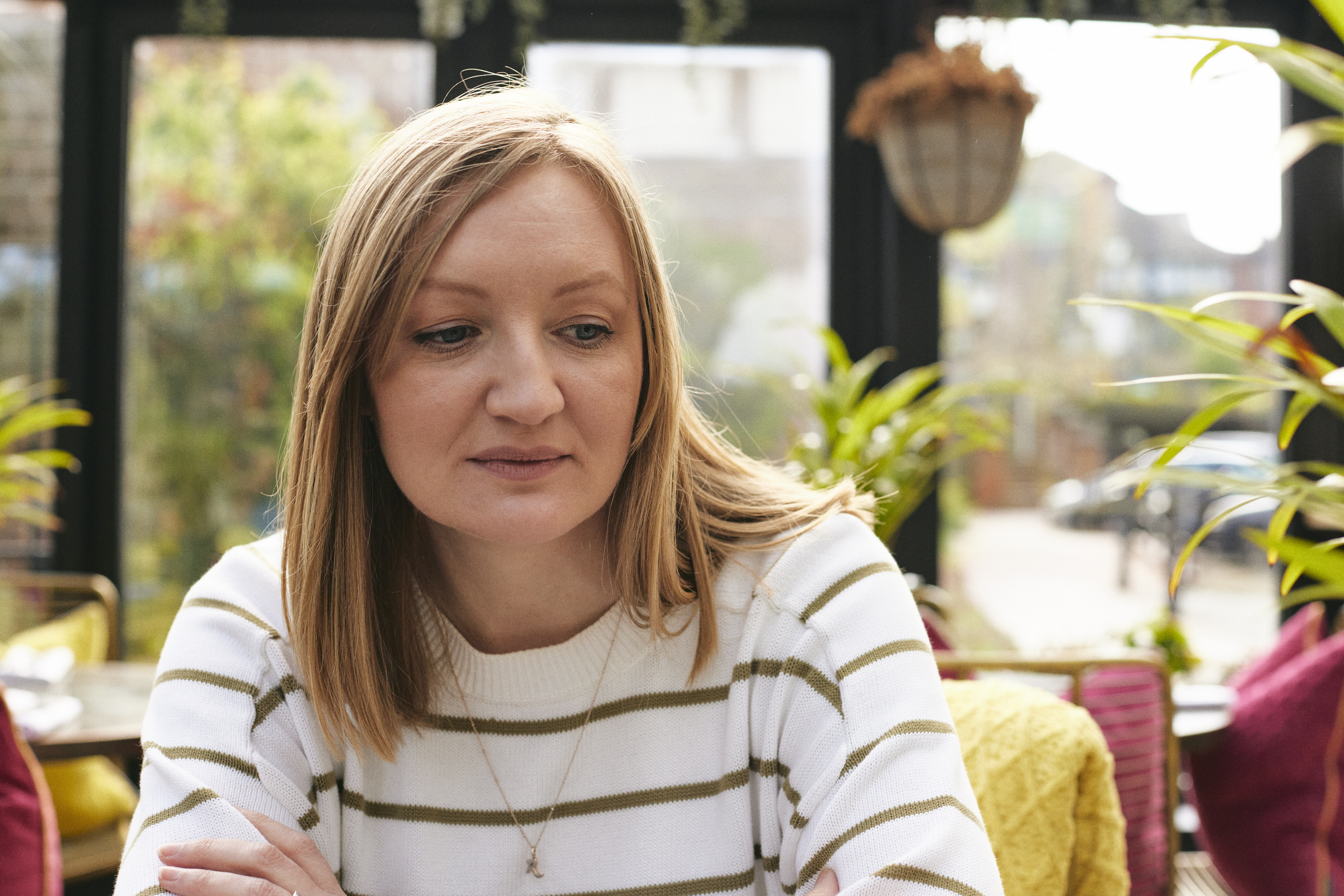 I was going through such a hard time and people were saying things like, ‘you poor thing, it must be so tough,’ and I got that in my head. When everyone was telling me how bad it is, I started believing it. And I think that was a trigger for the panic attacks. Although therapy wasn’t the solution to everything, it helped me understand things, reframe my relationship with my Dad and think past people’s negativity.

As a carer, I found my social life completely disappeared, and my go-to place for interaction became social media. I was following other carers on Instagram but some would post really bleak things, talking about their parents' final days alongside photos of them looking very sick. When I found people with a much more positive attitude, I decided to do the same with my own Instagram presence and it’s massively helped. You have to be careful what you feed your mind with. When I’d wake up in the morning and have a scroll, if the first thing I saw was negative it would really affect my day.

Over time I started to get more symptoms on top of the panic attacks and anxiety, like an irritable bowel and really bad back aches. I used Livi again to get in touch with a doctor to let them know I’d been suffering. It turned out I was also perimenopausal.

Us women really do have lifelong challenges – from pre-teens all the way through life – our hormones affect us, especially someone like me who’s had PCOS (polycystic ovarian syndrome). I’m from a generation where my mum and her mum never talked about women’s health. It’s still one of those things that’s difficult to ask people about, because people can understandably be very private. But overall I believe we are more open now.

What I’d say to anyone else going through perimenopause is that it doesn’t need to be the end of life as you know it, and a GP can help you with many different options to help your symptoms. The actual menopause probably won’t happen until our 50s. But it’s just important to talk, raise awareness and not scare people.

This is why I’m so active about my health and experience of being a carer. I joined my employer’s Carers Network and eventually became the chair, and now I’m running events internationally. I’m currently working on an event with 3 amazing speakers for Carers Week. I’ve met so many people through the network who have helped me understand the many different aspects to life as a carer and have inspired me to help others where I can.

I talk about my dad openly in a way that I hope is not sad or scary. It’s not ideal either, but I show people how we can still live a normal life. The key is accessing the support available. I get criticism for being so open, but for me I feel like a really awful situation has turned into something positive. 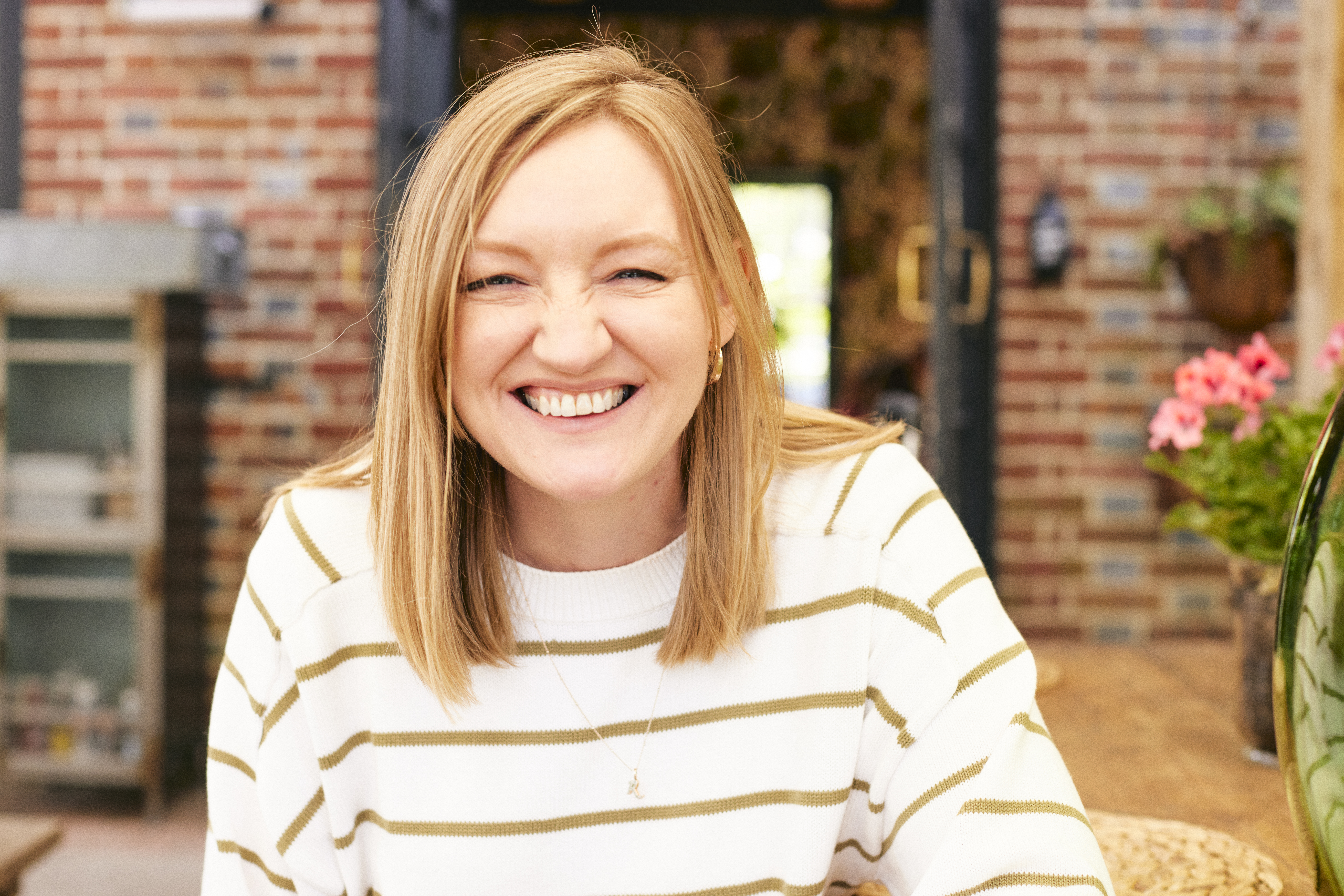 I work full-time and run the Carers Network while being a primary carer. I’m also getting married later this year and am currently surrounded by cardboard boxes while I get ready to move to a house closer to Dad. After years of trying to access good quality care, my brother, who also helps with Dad, and I found an assisted living scheme in East Sussex. Dad moved in the midst of the Covid lockdown – a challenge in itself!

My life’s in a state of flux, but I don’t have it as bad as some. Finding good care is a long and difficult challenge that I know so many carers struggle with. Dad is really well cared for in assisted living, by people who understand his condition and take the time to know him as an individual. We work together as a team to help Dad be as independent as possible. I have other relatives that sometimes help out, though the responsibility does tend to fall on me because I don’t have children.

When Dad’s dementia progresses it will become harder, so life will change again. But for now I handle it all using skills I have from my job as a marketing manager – prioritising, writing lists, delegating and having the right resources in place to support me. It’s important not to be too proud to ask someone for help.

If you’re looking after someone, tell your GP that you’re a carer. A lot of people don’t really see themselves as a carer, just like I didn’t, so they keep it well hidden. But being a carer is hard, and telling your GP opens so many doors for you. You get priority appointments, access to flu jabs, priority prescriptions and more – all designed to help you as a carer. You’d never know, and I never knew.

It’s also really helpful to tell your employer. People think it’s going to hinder their career, especially men, but it doesn’t if you have the right conversations. You have to be honest. My brother is my partner in crime but he’s found caring for Dad so much harder than me, and he didn’t speak openly about it for a long time, although he is a little more comfortable now. I think caring is seen as a women's thing, but from my experience on the Carers Network, it’s not.

It's a shame that as carers we work ourselves into the ground. It’s certainly what happened to me. Access to resources is incredibly difficult to navigate and it added another layer of complexity when, as a carer, all I had energy for was looking after my dad. Carers are giving up their lives, jobs and personal health, and it doesn’t necessarily have to be that way. It all depends on someone’s personal circumstances as a carer, but in my case, things could only be better with access to the right support (through tenacity and much trial and error), an understanding employer and deciding to try and look after my own health.

Self-care feels almost impossible as a primary carer. I don’t have a routine to follow – appointments, care staff changes and not having anyone to step in for me means my time is no longer my own. I have to be mindful to make sure I eat at all, let alone eat the right things, so I use apps to help me stay conscious of wellness. I try to fit exercise in when I can and try not to beat myself up if I can’t. I say all this with the caveat that it’s taken me years to reach this point.

I’ve had to find new little joys in life and try to make more of those things happen. That could be as simple as having a good coffee in a pretty café between appointments, taking dad for a short walk along the coast, or listening to a funny podcast on my drive home. They’re the things I used to take for granted.

Though I say we don’t have to give up our lives to be a carer I’m aware it isn’t as straightforward as it sounds. I’ve changed where I live, my job and my social life. My relationship with my Dad has completely transformed too, something both carers and those being cared for all go through.

My advice to anyone at any stage of being a carer is to be kind to yourself. Only you know what’s best for you and your loved one. Life certainly changes, but try to take the time to notice the little moments that make you feel content, and if you can, try to create a few more of those. Find out what those moments might be that bring you joy.”

May 23, 2022
Sam's story
Going through chemo is rough. I panic very easily and tend to catastrophise. Right now I’m just trying to live in the moment, but I can’t wait to get my life back.”
Read more
May 23, 2022
John's story
“I lost 10 stone in a year, and my health problems snowballed. I have multiple complex conditions including diabetes, Bell’s palsy and skin cancer. I used to feel like a nuisance.”
Read more