“When I was 13 my nan passed away. She was my biggest inspiration for studying paramedic science as she was one of the first women to be a paramedic in the UK. I have a tattoo of the serotonin molecule on my ankle but I’ve replaced the circles with daisies, Nan’s favourite flowers. That’s how special she was. They say depression can kick in from a traumatic event, so if I had to identify a turning point, it would be then. After losing her I was just never happy again until recently.

I was told by a children’s mental health service that I might have depression, but was too embarrassed to tell my mum. I turned up at the doctor’s on my own with a notebook of all the symptoms I could relate to. Sadly I had an unhelpful doctor who told me I was too young to have depression. But she said if I was adamant, I’d get a referral for help with my parents’ permission.

I didn’t get the help I needed because I knew my mum would be informed about everything I said, which is fair enough, but having no confidentiality meant I kept quiet. I didn’t tell anyone I was self-harming until 4 years later. I’d hide it from my mum with long sleeves and make-up. I was extremely embarrassed.

I used to get changed for PE in the toilets so nobody saw, but one day a teacher saw me and made me get changed with everyone else. I was, and still am, very body conscious. I became isolated and lost a lot of weight, and was then also diagnosed with anxiety and an eating disorder. I felt like the freak of the school. 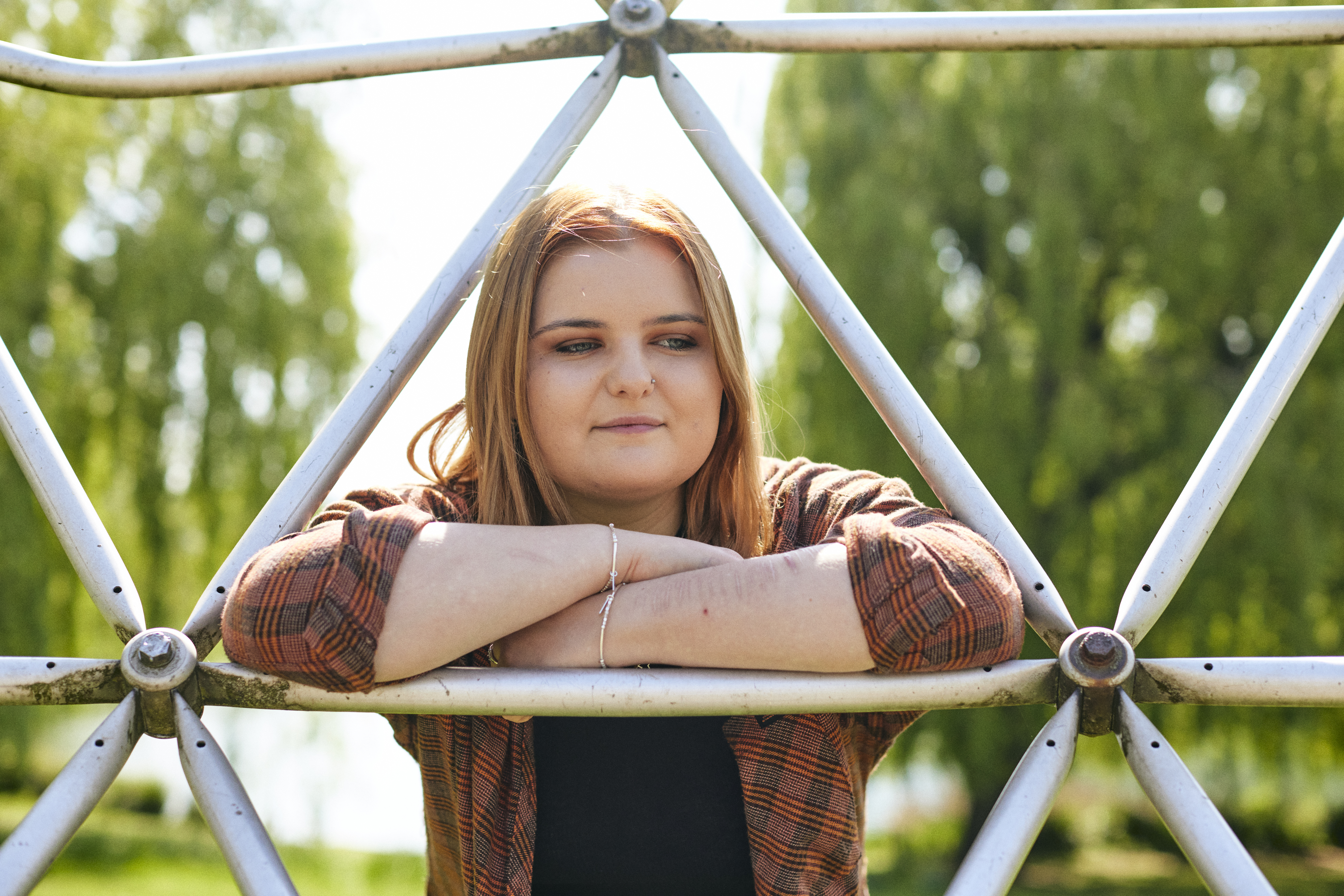 Back then talking about depression and self-harm was such a taboo. My friends would always say that hurting yourself is attention-seeking. It was fine if I said I was sad, but if I ever said I had clinical depression people would feel awkward. I remember feeling that the world was going to end if anybody knew.

When I went to college it felt different because it was a lot more diverse. People who had scars weren’t covering them up. I started wearing short sleeves and I think that’s the first time anyone knew I’d self-harmed. My college was very good for things like this – the deputy head would speak to me about my mental health regularly, and there was even somewhere with cushions and blankets where people could go if they were having a panic attack. I felt more secure at college but I was still dealing with a lot of anxiety, finding it really hard to be alone, and struggling to stand up for myself.

It was bullying that made me hit rock bottom. I had a big group of friends and because I hated being on my own in the evenings, I’d ask them to meet up quite often. I didn’t try to pressure them, I was just reaching out to see if they fancied doing something. But one day they all decided to cut me out. I was called a burden amongst lots of other things, and it turned into bullying.

I just couldn’t take it. It led to me having suicidal thoughts. That’s when I realised I had to do something about my mental health, because I’ve never seen my mum like how she was when I told her what I was feeling. Though I know it wasn’t my fault, I felt so bad because it’s not just me it was affecting, but the people around me. Parents think to themselves, ‘was it something I did?’ I hate that I made my mum ask that question because it’s not anything anyone has done, it's just how I am. 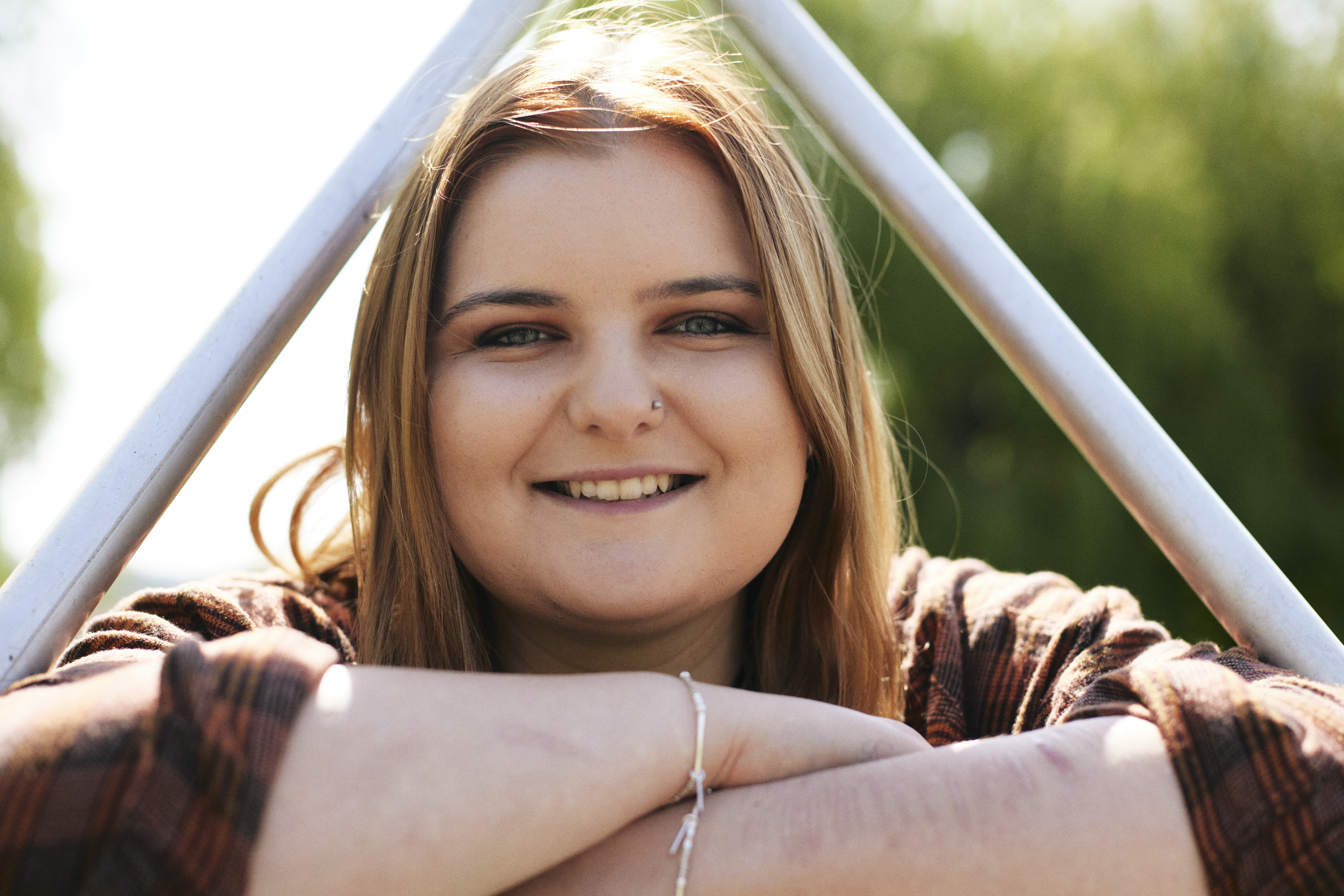 Mum is everything to me. She was the only person in my life when everyone left me, so we became really close. I think that’s why I’ve stayed local for uni – I can’t imagine being hours away from her now. I can go and visit her regularly, and she does my washing for me because the launderette on campus is so expensive!

Starting private therapy last year was the best thing I’ve ever done, and on top of the support from my mum, it really helped me through the dark time. I was working full time and knew I needed to prioritise my health, so it was worth every penny. I chose a therapist here in Guildford who had a really kind face and was into creative writing. I saw her for 7 months and we worked through so many things together.

I stopped therapy in my first month of university where I had a much happier fresh start. I’ve come so far since being here. I just thought that I'm happy, healthy and ready to let myself manage on my own. My therapist said if I want a one-off session she can fit me in which does give me comfort, but I haven’t felt the need to go back yet. I’ve made friends, kept busy and whenever I feel sad I like to come to the lake and feed the geese. That makes me happy. 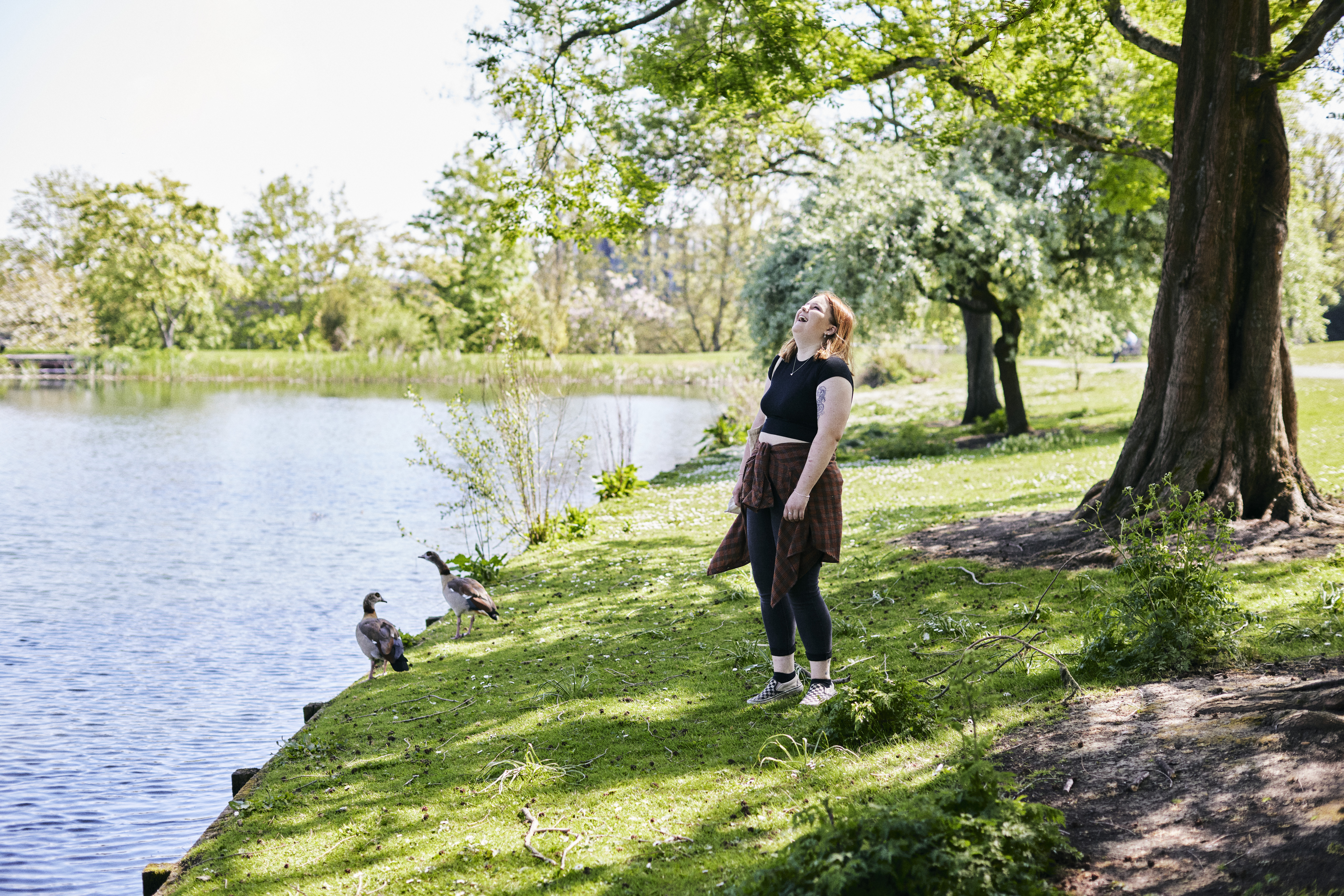 When I look back since therapy I realise my old friends treated me like a doormat. I used to buy things and not get paid back, I’d do favours all the time because I wanted to please them. Realising that I was doing too much has made it easier to make friends now. I now think, ‘well if you don’t like me, so what!’ This protects me – at the end of the day why should you make your life harder for people who aren’t going to do the same for you?

I’ve met some amazing friends here at uni. I got quite involved in freshers because I knew it would help if I took myself out of my comfort zone. At first I thought I could do something I’ve already done like swimming or dance, but I decided to try something completely different – taekwondo! I’m now social secretary for next year and I’ve met so many people through it, I’ve loved it.

My new friends have just been fantastic. There’s never any judgement, and whenever I’ve called someone up saying I feel a bit down they’ve invited me over. Recently my mum was on holiday and I was feeling lonely at the weekend, so a friend invited me over to join her family for a Sunday roast.

Settling into uni led to a nasty fresher's flu. I needed advice but couldn’t get an appointment with my GP, and I don’t like having phone appointments. My mum recommended Livi so I decided to give it a go. At first, the idea of video-calling a doctor seemed a bit strange, but I was seen within an hour and it was so much better than trying with my GP. I sent a picture of my tonsils which were massive, then got referred to my practice straight away to get antibiotics.

As someone who’s naturally quite anxious, I can’t wait 3 weeks with pain because I overthink it so much. Whereas when I can get an appointment within 2 days I don’t have to worry for as long.

My mum asked me if I’m sure I really want people to know about my mental health. I am because a 13-year-old like my younger self could stumble across my story and feel like finally, they can relate. Then they may not feel like the only one anymore.

I do wish I didn’t have scars all over me because I get stared at. I get asked a lot about it and I can just tell people are looking. But at the same time I’m not ashamed and it’s something I’m proud to have overcome.”

“I lost 10 stone in a year, and my health problems snowballed. I have multiple complex conditions including diabetes, Bell’s palsy and skin cancer. I used to feel like a nuisance

Going through chemo is rough. I panic very easily and tend to catastrophise. Right now I’m just trying to live in the moment, but I can’t wait to get my life back